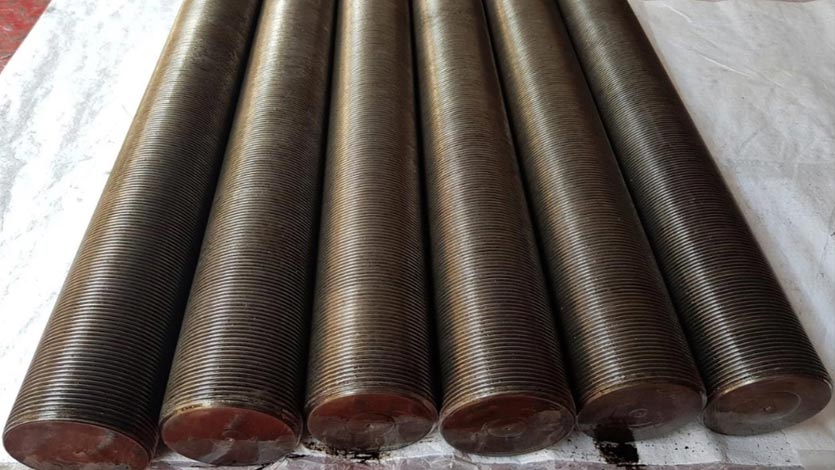 A method of producing threads on a mechanical fastener, for example - rod, headed bolt, or bent bolt is by rolling.

This technique is a type of thread forming process. During this process, hardened steel die that is in constant rotation is pressed against the surface of a cylindrical blank. This action is what causes the displacement of material from the said cylinder blank. It also results in the formation of both root and Crest of a thread. Thus, producing a well-built and more precise threaded fastener. The Crest of a threaded is mention as to the topmost, prominent part. Whereas, a root is as the bottom groove of a threaded fastener. The bottom Groove of a Root lies between the two flank surfaces. Flank surfaces are present in both, an internal or external. Since the procedure is a cold-forming type, the materials used here are generally very pliable. Therefore metals such as stainless steel, high nickel, brass, copper, alloy steel, carbon steel, titanium, and aluminum are often used. This process yields significant cost savings and regarded as a highly efficient process.
There is a sundry of screw forms. Some of which have been mention below –

Acme - Also referred to as Trapezoidal threads, they are easier to produce as compared to a square Thread. Set at an angle of 29 degrees, they have high strength & offer load-bearing capabilities far better than a squared type. However, the increase in friction prompted by the thread angle is why they are not as efficient as the square type. Typically, they are a part of applications involving Heavy torque as well as power transmission. Since the threads produced in the acme type are thicker, they are well equipped to perform not only in power transmission and carrying loads but also in situations with dirt and debris.

Square - Taken after their name, they are preferred by several industries because they are less likely to cause friction while being efficient and offering high loadbearing strength. They are expensive as they are difficult to process by machining. In applications like power transmission - a square type would perform very efficiently since the profile angle is zero as well as causes less friction. Along with being a noiseless operation, power transmission is minus the occurrence of a side thrust in either direction and producing minimal bursting pressure on the nut.

Buttress - The use of this kind of thread is limited to applications where the load force or stress applied to the screw is in a single direction. This is well suited to handle extremely high axial thrust and is frequently a part of applications involving the construction of artillery. Notably, those ordnance with a screw-type breechblock construct.

These are particularly useful in medical diagnostics, as well as personal mobility, off-road equipment, and machine tools. All of the fore mentioned applications require load-bearing or accurate movement, a feature that can be provided by devices like the buttress type using a lead screw mechanism. Although triangular-shaped, they are easy to manufacture, Buttress threads are as efficient as the square type. 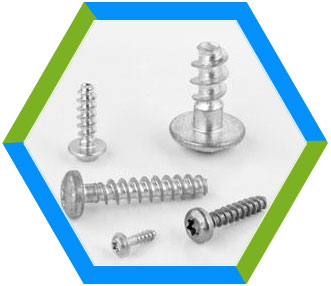 While the primary benefit of using this process is its cost factor, there are several reasons for its preference. For example, the reduced labor hours required for its production, which means the rate of production is relatively higher at a lowered cost. A threaded bolt produced by a rolling process, the Fastener measures low in comparison to its full-bodied equivalent. A lower weight, in general, is appreciated for several reasons. Firstly, the cost of steel used to make these threaded fasteners also reduces. Secondly, the processing cost for Fasteners processes reduce. These processes include galvanization, electroplating, heat treatment. Moreover, freight and any other cost connected with the Fastener with regards to its weight also sees a reduction. This type of forming process falls under the cold working method. Hence, the threaded Fastener becomes more resistant to damage that may occur during handling. Lastly, fasteners that are produced by rolling tend to be smooth on account of the burnishing effect caused by this operation.

© 2020 All Rights Reserved by Jignesh Steel